Owners of laptops, purchasing such a computer, get mobility, but at the same time a lot of headaches. Some of the problems typical for such technology, despite many years of design improvement, still remain relevant. One of them is a violation of the battery charging process.

For example, sometimes there is a situation where the laptop is charged only when it is turned off, and when it is turned on, the battery continues to discharge. The reasons for this are different, so we will consider the most common, as well as what can be done in different cases.

The power controller is a built-in device on the motherboard that controls the power supply process – controls it. It is responsible for ensuring that the computer switches to AC power when plugged into a power outlet, and to battery when the power supply is disconnected. It also monitors the battery level and switches it to charge when needed.

Of course, if the power controller fails, various strange things can happen – the laptop may stop working on battery power or stop charging it, show an incorrect charge level.

What can be done in such a situation? At home – nothing, it’s a direct road to the service center. In fact, you are unlikely to be able to identify such a cause, except by the method of elimination. Therefore, first familiarize yourself with other reasons – maybe you can solve the problem faster and easier. After all, a breakdown of the power controller is the most difficult and expensive option, but it is also the rarest. 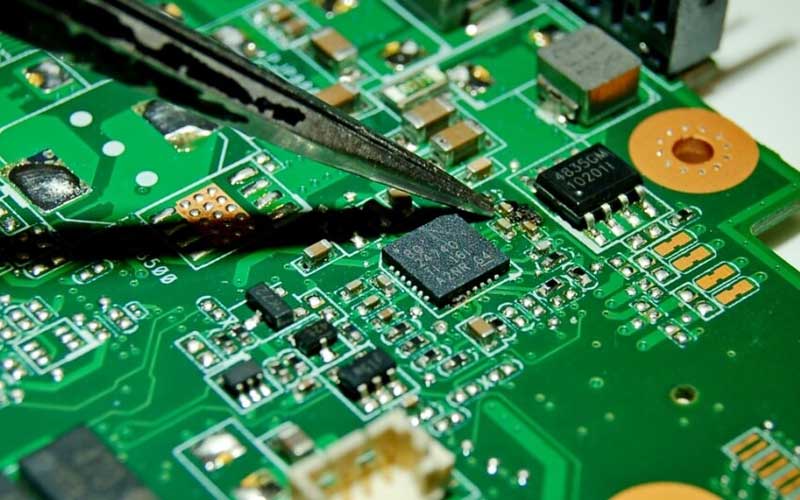 If the power supply fails, of course, the battery will not charge either. Also, the laptop will not work from the mains, consuming the battery until its charge completely runs out. But there are different options here:

You can check the malfunction of the power supply by measuring the voltage at the plug with a multimeter – it should be the same as indicated on the case. You can also remove the battery from the laptop and turn it on using only the power supply – it should work, and if it does not turn on, then there is no power.

If the power supply breaks down, it is better not to repair it on your own – if you do something wrong, then your computer may simply burn out. Therefore, there are also different options – buy the same new power supply unit or take the old one for repair. 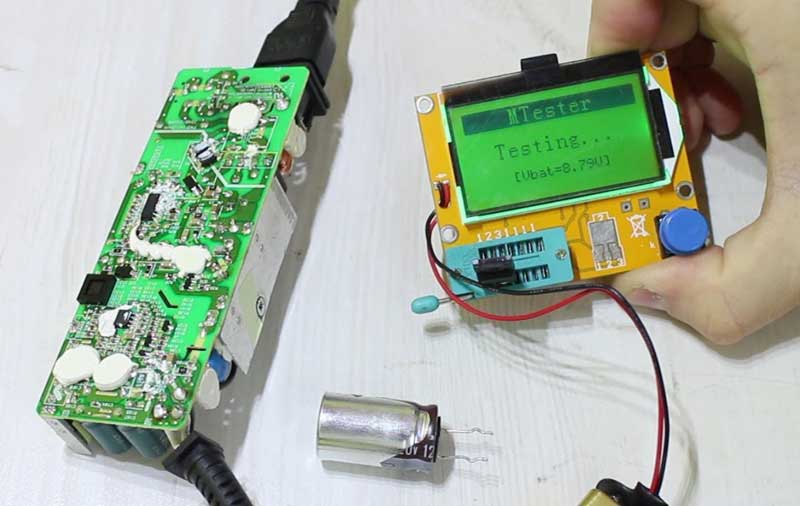 If you are using a non-standard power supply , that is, not the one that came with the laptop, this may be the cause of the problem, why the laptop only charges when it is turned off.

The fact is that different blocks provide different voltage and current strength. And if the voltage for many laptop models of one company is usually the same, then the current strength is different. The unit you are using may be low-powered and may not provide the computer with the required current when it is turned on. Therefore, under load, a battery is used, which gradually discharges. But when the laptop is turned off, the unit has enough power for charging.

To avoid such problems, you need to use a power supply unit corresponding to a laptop – native or at least no less powerful. In addition, the use of a low-power unit leads to excessive heating. This is unsafe as it could result in parts melting and fire. 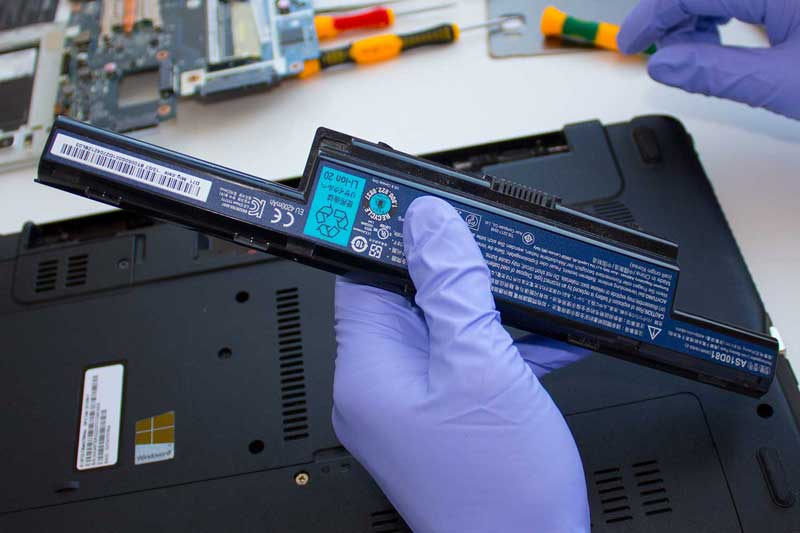 The battery can also be the reason why it does not charge normally. This could be a factory defect or excessive wear and tear. Each battery is designed for a certain number of charge-discharge cycles, after which its capacity drops noticeably. A battery that is several years old may not be recognized by the system at all, as if it were not there.

The battery loses capacity faster if the laptop is constantly connected to the mains. After all, sometimes you need to run it from the battery, until it is completely discharged, and then fully charge it again. The loss of capacity is determined simply – the battery quickly charges to 100%, and then quickly discharges – a laptop can work on it for a very short time, literally a dozen or two minutes.

In any case, if the battery is worn out or damaged, it needs to be replaced. You will have to buy the same model.

Manufacturers usually claim that there are no problems with charging due to the fault of the operating system. But in practice, many are talking about this – there are many such discussions on the forums. The problem is the same – the laptop charges only when it is turned off.

Users note that this happens when changing the operating system to another. Indeed, if you install at least Windows 7, not to mention versions 8 or 10, on an old computer that was purchased in the days of Windows XP, then such a problem may appear. The point is the incompatibility of hardware and software.

Laptops sold in stores are adapted to work with modern operating systems. But the hardware quickly becomes outdated, and the programs are improved, and after a few years compatibility is lost – new systems no longer support work with old equipment.

Therefore, if your battery stopped charging exactly after changing the system, this is a reason to think. There are also several solutions here. The first is to go back to the old system that everything worked fine with. The second is to upgrade the computer itself to a modern model, if it is very important to use a new system.

We have considered the most common reasons why battery charging does not start correctly or does not start at all. Of course, various other situations are possible, so write in the comments if you come across such. Any experience will be helpful to our readers.

NUM LOCK BUTTON ON THE KEYBOARD – USE AND SETTING